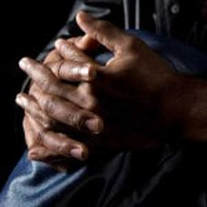 Winning Compensation Protections for Farmworkers
​
​​While working in the chile fields, Diego* slipped and injured his head. The trip to the emergency room left Diego with medical bills which he could not pay. After being hounded by creditors, Diego only found assistance when attorneys at the New Mexico Center on Law and Poverty intervened and recovered some damages from his employer.

As a farmworker, Diego’s employer did not offer him health insurance coverage. Moreover, state law at the time excluded him from receiving workers’ compensation—a system designed to provide health and financial protections in the event of a workplace injury. Knowing that thousands of New Mexico’s impoverished agricultural laborers and their families faced similar circumstances, the Center set out to systemically end the statutory exclusion of farmworkers from the state Workers’ Compensation Act.

After nearly a decade of persistent litigation, the Center won a decision from the New Mexico Supreme Court stating that it is unconstitutional to exclude agricultural laborers from the workers’ compensation system. Now Diego, and over 15,000 laborers like him, have access to healthcare and limited financial payments when they are injured on-the-job.

*The client’s name has been changed to protect his privacy.

​"We all deserve to be treated fairly by our employers and paid for every hour that we work." - Elizabeth Wagoner, plaintiff's lead counsel

Ensuring Enforcement of Anti-Wage Theft Laws
​
​On December 20, 2018, the New Mexico Center on Law and Poverty, representing workers and workers' rights organizations, announced a settlement agreement with the Department of Workforce Solutions that ensures state government will carry out its duty to enforce New Mexico's strong anti-wage theft laws and hold employers accountable when they violate these laws. The class action settlement agreement was approved on March 9 by First Judicial District Court Judge David K. Thomson.