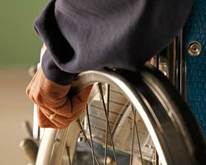 Protecting the Elderly from Abusers
DNA-People's Legal Services attorneys in Crown Point and Window Rock represented a 75-year-old Navajo woman, obtaining an Elder Abuse Protection Order against her abuser. The abuser befriended DNA's client at Bingo. After gaining the client's trust, the abuser then started “borrowing” very valuable traditional Navajo jewelry, rugs, and shawls which had been passed down through generations. The items were then pawned for cash. DNA attorneys got Navajo Social Services involved to investigate. At a disputed hearing, DNA obtained an order requiring the abuser to stay away, to return all items of property and cash she had taken, and if not within 30 days, she’d be taken into police custody with criminal charges filed against her. While the client passed away before the end of the 30 days, DNA referred the case to the client's heirs to include in probate proceedings.​
Protecting Women from Abusers
Luisa, her 13-year-old son and 5-year-old daughter watched as Luisa’s husband, Leo, threw items across the room, yelled and called Luisa names because she did not have dinner prepared when he arrived home from work. Leo then physically attacked Luisa before throwing her cell phone against the wall. Luisa called the tribal police, but Leo was not arrested. Luisa filed a petition for an order of protection, and New Mexico Legal Aid represented Luisa at the court hearing. Luisa obtained an Order of Protection as well as temporary custody of the children, child support, and an order requiring her husband to pay his fair share of the marital debts.​
Protecting Children from Abusers
DNA-People's Legal Services represented a young Native American woman after her husband physically abused both her and their three children. There were many jurisdictional issues because the client was Jicarilla-Apache, and the husband was a member of another tribe. The Jicarilla-Apache Tribe’s prosecutor tried unsuccessfully to get jurisdiction over the abuser. Custody paperwork was filed in the other tribe’s court, then in state court, and, finally, in Jicarilla-Apache court. There, a permanent Protection Order and an Order for Custody and Child Support were issued. DNA's client and her children, after facing multiple frustrations due to the jurisdictional issues, are now protected by the law.