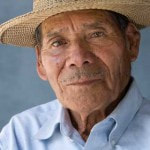 Securing Fair Treatment
Thomas purchased a used car from a dealership on terms that the seller repair several problems with the vehicle. After signing a contract and taking possession of car, the dealership failed to repair the problems on several occasions. Thomas then returned the car to the dealership and demanded a refund of his $1,400 down payment. The dealership refused. Thomas came to New Mexico Legal Aid, who wrote a demand letter revoking the contract and seeking a refund. Thomas received a full refund of his down payment.
Securing Affordable Housing
Maria's landlord sought and received a court order to evict her. She needed rental assistance and a new apartment. Facing challenges in mobility and her physical ability to write, obtaining what she needed seemed a daunting task. ​New Mexico Legal Aid (NMLA) assisted Maria in getting her Certificate of Indian Blood. ​This documentation was crucial for seeking public housing. NMLA also negotiated with the landlord to make sure that Maria’s clothing, furniture and her kitchen contents would not be destroyed before she had enough time to move into her new apartment. Maria now lives in her own apartment, with help from monthly rental assistance, and her household belongings are safe and secure.
Securing Safety and Security
An unmarried couple was visiting Theresa in her public housing apartment when they had a heated argument. The boyfriend drove his truck into Theresa’s apartment while the girlfriend was trying to escape. The apartment was severely damaged. Even though Theresa was not at fault, she received an eviction notice and a bill for damages. When Theresa decided to move out, New Mexico Legal Aid negotiated an agreement with the landlord for Theresa to leave without owing any rent or damages. The incident was cleared from Theresa’s rental records, allowing her to seek a new place to live without a bad reference from her former landlord.